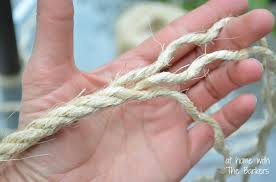 Part 2 of the Legacy of my Father, June 10 blog

Five months to the day after my father’s suicide.

The unwanted gift of tears arrived without warning,

bursting through my wrapping of protective armor

that had been slowly eroded, not strengthened,

by the process of denial and minimization.

I had thought I held my grief well, the right way,

hiding behind my invincible shield,

But on my 18th birthday, pretense fell away

I fell headlong into the void when no father was there catch me and  say ,

Why was I crying?

It had been five months – shouldn’t I be over it by now?

I judged my tears and perceived this weakness harshly.

Everyone else seemed to be fine.

But in truth I never asked

for fear my truth might be revealed. I wasn’t fine.

I didn’t know they were also hiding behind their own shields.

I did not understand for many more years

that the ever unfolding journey of grief takes a lifetime.

I initially avoided it by working hard to achieve – to over-achieve, actually,

To ward off my new sense of feeling unworthy.

A truly worthy child would not have a parent leave under such horrific circumstances.

Unexpected deaths can leave behind

the unwanted accompaniments of increased vulnerability

and fear of more abandonment by the survivors.

I did not know these feelings set up home in my unconscious mind, becoming drivers in my world.

It took another 10 years to realize I was angry.

I was angry my father killed himself

I was angry I had to try and understand and be sympathetic of his choice.

I was angry I was left to live with his decision, not his presence.

I was angry at myself for not being brave enough to tell him I loved him before it was too late.

Wait – how can someone be angry at a dead person,

a person whose acute suffering led to a desperate act? Have I no heart?

until I began to recognize there are the many faces and phases of grief.

As a nurse on the cancer ward,  I became the inadvertent student of the patients and families I served.  Mortality rates were high in those days and I was grateful they  acted as my teachers and guides for the journey of death and dying, grief and loss.

I saw those that expressed their grief with loud wails and flailing arms.

Externalized grief was foreign to me, and initially I wanted to run,

but I learned to stay and be present despite my discomfort.

I witnessed the judgments when family members expressed their grief differently,

whether by demonstrating avoidance, stoicism, beating their chests, or crying.

It was easier to share grief with those who had the same style of grieving.

Other styles were deemed maladaptive.

I saw the guilt and fear that accompanied grief.

And I saw the anger.

“I begged you not to smoke and now you are dying of lung cancer, deserting us!”

“You don’t love us enough to try harder to stay alive for us.”

”If your faith was stronger, you could have beat this”

I recognized that beneath the anger was simply grief and loss.

A compassionate and understanding heart was the only treatment for that pain.

In understanding and accepting these feelings in others, I began to understand and accept my own.

By removing my protective shield to embrace my history and vulnerability

I could be more fully present,

a healing presence for others

to help them face the fears and impending loss,

and thoughtfully create the legacy they will leave behind.

for both sender and receiver.

My work with others became a healing path for me.

The unwanted experience that was initially thrust upon me when I was 17,

was unwrapped and unravelled over time to reveal the gift hidden deep inside.

By taking the threads from my initial unraveling from my father’s suicide,

I could weave a tapestry for my own life, personally and professionally,

transforming the painful lesson into an opportunity to serve those who are facing the end of life.

For that, I am grateful.

My intention in sharing the personal story of my fathers suicide is to encourage reader to reflect on your own life, communication, ability to give and receive love, and raise awareness of the legacy your life will leave.

I was 17.
A high school senior, I was a girl with a plan.
In truth a plan born more of need than generosity of spirit, but one I hoped would pay out for us all.

But to appreciate this plan, you need to know about my family.
We were a strong, stoic clan
Grief was not talked about or expressed
Fierce independence was valued.
Asking for help or recognition was not acceptable.
Ours was a family that didn’t hug or utter endearments.
Acknowledgment of achievements was housed in a joke or backhanded compliment.
Mind you, I knew this jesting was how our family showed we cared,
but I wanted more.

My father was accomplished in many areas….author, store owner, expert on American Indian history and arts, political activist, humanitarian, editorial writer, illustrator, humorist and speaker. He set a high bar, but my goal was to reach it.
I wanted to be noticed.
I needed to be noticed.
I decided the way was thru accomplishment –
I was determined to be the straight A student
I drew cartoons and wrote stories.
I gave myself a voice by being a strong member of the speech team.
I tried to be the good shadow.
But what I really wanted
Was to be invited into the light.

So my plan was simple.
When I arrived in college in the fall, far away on the east coast,
I would write a letter to my father. I would tell him what a role model he was.
I would tell him I was thankful for his support.
I would share memories of him that made me smile.
And for the first time,
I would tell him I loved him.
On a piece of paper.
Safe.
I would be thousands of miles away, unable to see, hear or feel his reaction.
It was a risk, but one I needed to take.
I hoped he would tell me he loved me in return.
I held my daring undertaking in secret, close to my heart,
Protecting it like a tender seedling,
Feeding it daily with hope.

My plan was abruptly derailed January 3, 1972
My brother arrived unexpectedly at my school, accompanied by the girls counselor.
They looked somber and said nothing as they called me out of my classroom.
We walked to his truck in silence
Once seated in the front, he reached over and uncharacteristically touched my hand and quietly delivered the fatal blow to my plans in only 3 words:
“Dad committed suicide”

My mind raced. Thoughts turned desperate.
Just because a person committed a crime didn’t mean he would be convicted, so perhaps one can commit suicide and still be alive.
“Is he dead?” I finally asked, then fell silent again when I saw his faint affirming nod.
I fought to understand. My family valued rationale thinking, so there had to be an answer. But this didn’t make sense. I recalled the many hours my father spoke with troubled men on the phone, talking them down from drunken misery, dissuading them from their suicidal ideations and threats.
He told us suicide was selfish and even vengeful.
But my father was selfless, so how could his action make sense?

Once home, I walked numbly into my parent’s bedroom.
Only blood remained where his body had been.
Almost robotically I began to remove the sheets and clean up the blood that had spilled onto the mattress and floor.
A drop of blood fell only my white blouse and I paused to stare.
That was the last physical piece of my father I would ever have.
I was glad to have that stain to keep with me, to touch.

I looked up to see his shirt hanging neatly over the chair and something compelled me to check the pocket. It contained his carefully folded suicide note.
In short sentences he related that the vertigo attacks were getting progressively worse and that he was “sorry for the inconvenience” of his action.
He directed that money be given to the university for the study of that “damnably depressing and debilitating disease.”
No signature.
No final message to us
No “I love you.”
That was it? My stomach churned.
The paper felt cold in my hand.

And so began my journey,
to understand and transform this unraveling event,
and weave that into the legacy I choose for my own life. 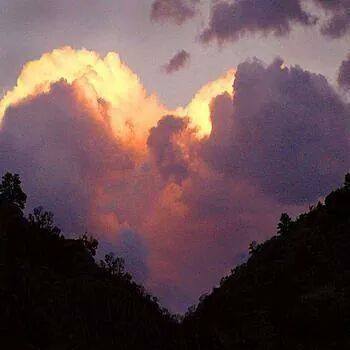 Think about the people who mean the most to you.  Why are they so special?  What role have they played in your life?

Have you told them that?

If not, what are you waiting for?

Today is the day!   By sharing your heart verbally or thru a hand-written letter, you will make their day.