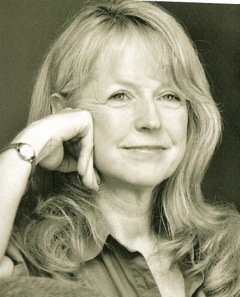 Passionate about end of life issues, I’ve spent most of my almost 44 years in nursing focused on improving end of life care. Witnessing too often how fear, misinformation, and lack of information can negatively impact decision-making and the dying experience, I have been committed to improving care through education. This is personal as well as professional.  I have not only experienced the dying of beloved patients, I have been the daughter, granddaughter, niece, friend, peer of those who have faced end of life challenges, whether the end of a chronic illness or a suicide. Each experience has revealed the variety of questions, fears, needs and distress that need to be better addressed so that we can help people better talk about and prepare for the end of life in a way that honors their own beliefs, traditions and desires.

Listening to the concerns and fears of my audiences as hospice community educator, I produced the award-winning video, “Living Through Dying – The Struggle for Grace.” Seeing that both the healthcare providers and the general community needed a simple way to talk about and understand the dying process, I produced the Straight Talk Series on End of Life Care which includes my book, Dying to Know – Straight Talk about Death & Dying.

As a frequent speaker locally and nationally to both professional and lay groups, I have also developed clinical training programs for medical and nursing students and hospice volunteers. As the founder and executive director of Passages – Support & Education in End of Life Issues, I fulfilled my goal of providing compassionate guidance in end of life issues through support, education & research to my community from 2009 until 2015. I am now expanding my work to reach more audiences nationally and internationally through workshops and consultation.

“Winter Into Spring: A New Look at Breast Cancer”, The Compendium, March 1989

“From Fear to Understanding – Demystifying the Dying Process,” The Advocate, Funerals Consumer Alliance of Piedmont, Feb 2010

Living Through Dying – The Struggle for Grace, 2004

Facing the Fears – Straight Talk to Families about the Dying Process, 2006

Facing Your Fears – Straight Talk about the Dying Process, 2006